Female jockeys have been breaking barriers in the horse racing industry for decades. Despite facing unique challenges and discrimination, these women have proven their skill and determination time and time again. Here, we’ll take a look at some of the most famous female jockeys of all time, the horses they rode, and the famous races they participated in. One of the most well-known female jockeys is Julie Krone. In 1993, she made history by becoming the first woman to win a Triple Crown race, riding Colonial Affair to victory in the Belmont Stakes. This was a major accomplishment as the Triple Crown is considered one of the most prestigious horse racing events in the world, which consist of Kentucky Derby, Preakness Stakes and Belmont Stakes. She also became the first female jockey to win a Breeders’ Cup race in 2003 aboard Halfbridled. Krone’s career is filled with many other accomplishments, including becoming the winningest female jockey of all time with over 3,700 victories. She is also the first female jockey to be inducted into the National Museum of Racing and Hall of Fame.

Another famous female jockey is Rosie Napravnik. She began her career in 2005 and quickly made a name for herself, becoming the leading female jockey at Churchill Downs in 2008 and 2009. In 2012, Napravnik became the first female jockey to win the Kentucky Oaks, riding Believe You Can. This was a significant achievement as the Kentucky Oaks is a grade 1 stakes race for 3-year-old thoroughbred fillies held annually in Louisville, Kentucky. She also became the first woman to ride in all three Triple Crown races in the same year, finishing fifth in the Kentucky Derby and ninth in the Preakness Stakes. 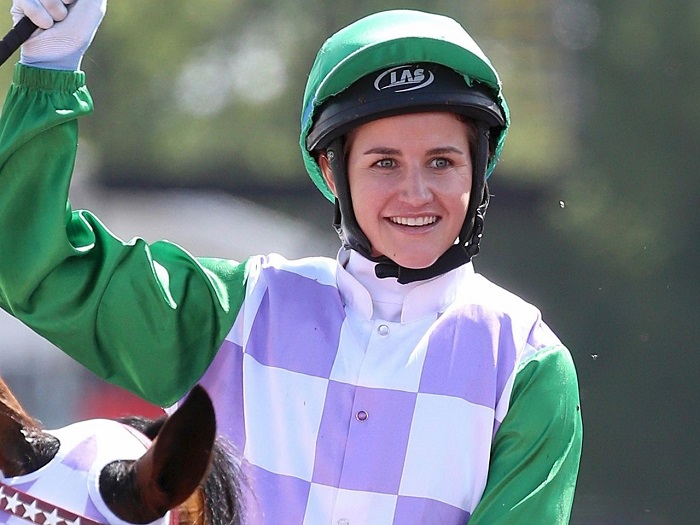 Female jockeys have also made an impact in international horse racing. In 1994, Michelle Payne became the first female jockey to win the Melbourne Cup, one of the most prestigious horse races in Australia. The Melbourne Cup is considered the “race that stops a nation” and is held annually on the first Tuesday of November. Riding Prince of Penzance, Payne made history by defeating a field of male jockeys. Similarly, in 2015, French jockey, Flavien Prat, became the first female jockey to win the French Derby, riding New Bay. The French Derby is a grade 1 flat horse race in France open to three-year-old thoroughbred colts and fillies.

While these female jockeys have achieved great success, they have also had to overcome significant challenges. Many female jockeys have faced discrimination and bias in the industry, with some trainers and owners unwilling to give them the opportunity to ride their horses. Additionally, female jockeys often have to deal with the physical strain of riding, as well as the pressure to prove themselves in a male-dominated sport.

Despite these challenges, female jockeys continue to pave the way for future generations. As Julie Krone once said, “I hope young girls will see my achievements and realize they can do anything they want to do.” These female jockeys are a true inspiration to aspiring female jockeys everywhere, showing that with hard work, determination, and a love of horse racing, anything is possible.

In conclusion, these famous female jockeys like Julie Krone, Rosie Napravnik, Michelle Payne, and many others have proven their skill, and determination and have made history in the horse racing industry by participating in and winning famous horse races. They have also overcome unique challenges that female jockeys face in the industry, and they represent an inspiration to aspiring female jockeys and young girls who want to make a career in horse racing.