I don’t know if you noticed but I started to look into some of the lesser-known horse breeds out there, particularly those from Eastern Europe. After I learned and shared everything I could about the Romanian Sporthorse, I figured it was time to have a look at another exceptional horse breed from Eastern Europe: Furioso North Star.

With a powerful name and an even more powerful figure, this horse has a unique history and a heritage that deserves sharing. The breed was founded in the first half of the 19th century at a stud named Mezohegyes in Hungary. The breed resulted from the merger of two distinct English half-blood families founded by the stallions Furioso and North Star. Furioso was foaled in Hungary in 1836, while North Star was born in England during the same year.

The two foundation stallions were paired often with Nonius mares, Arabian mares, or English half-blood mares. Each stallion formed its own distinct family, both of which ended up merging in order to form the pure Furioso North Star breed. 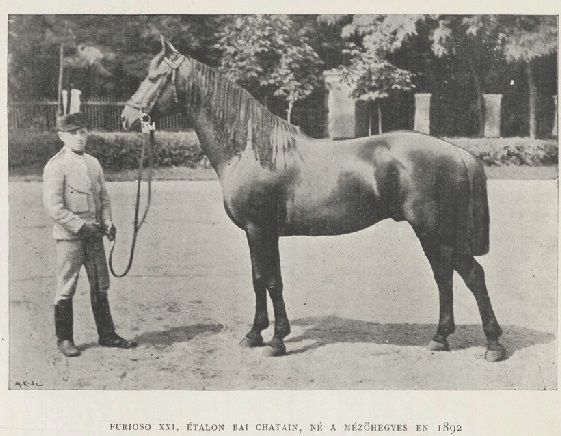 Furioso was a pureblood English horse that was put to stud from 1841 to 1851 with the sole purpose of breeding riding horses. Perfectly formed and with an elegant gait, the stallion passed on these important features to his descendants. The Furioso group contained relatively large horses that would often reach 16.2 hands at the withers. 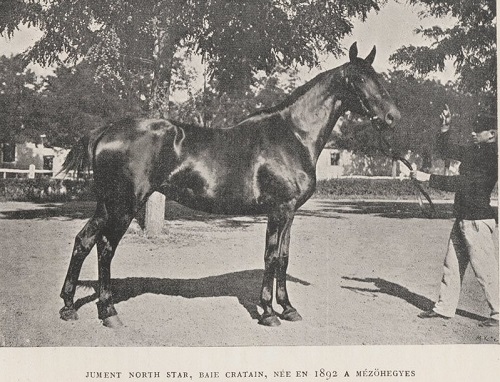 Separated from the first group, the North-Star group was founded in 1852 when the pureblood English stallion of the same name was brought over to the Mezoheyes stud. What made this particular horse stand out was the fact that it came from a long line of champion horses with ties to the Norfolk Roadster breed.

The group was formed over a 6-year period in which the stallion mounted several mares of different origins. The two groups evolved separately up until 1870.

In 1870, it was determined that both the Furioso and the North-Star groups had many similar features, which made them prime candidates for a family merger. By blending the two groups, breeders managed to form a horse with a unique conformation. For this reason, any further development was made in “pure breed” terms, all in the effort of maintaining this unique conformation and its exceptional features.

However, breeders wanted to add a little bit of Thoroughbred and English pureblood into the mix in order to encourage a lively temperament as well as strong riding aptitudes. The resulting horse could also be used as a light draft horse should the need arise. This is how the Furioso North Star horse came to be.

Let’s talk a bit about what makes the Furioso North Star stand out. What are this horse breed’s main features? The well proportioned body of the Furioso North Star is attributed to the English pureblood infusion that I mentioned above. The horse usually stands around 15.7 to 16.2 hands tall, and it weighs around 1322 pounds or 600kg.

The head has incredibly expressive features, with a wide forehead and straight profile. It also has a long and muscular neck, as well as a wide chest and long limbs with a powerful bone structure. As for color, you’ll mostly see Furioso North Star horses in chestnut or black.

These are elegant, graceful, and resilient horses. They have a calm and balanced temperament, which makes them ideal for horseback riding and other equestrian activities.

The Furioso North Star is a warmblood horse breed that’s capable of light farm work as well as more refined equestrian activities. It is a medium-heavy horse that’s also bred in northeast Europe for harness and competition use.

While it was also incredibly popular in both Hungary and Romania, this breed is now likely endangered in both countries. Hopefully, local authorities and breeders will make an effrot for its conservation, especially given its heritage and unique features. When I visited Eastern Europe around 10 years back, I had the wonderful opportunity of meeting one of these fantastic horses. It was just as beautiful as I’d imagined and maybe a bit taller than expected. If you own a Furioso North Star or have ever been in contact with one, don’t hesitate to share your story below.