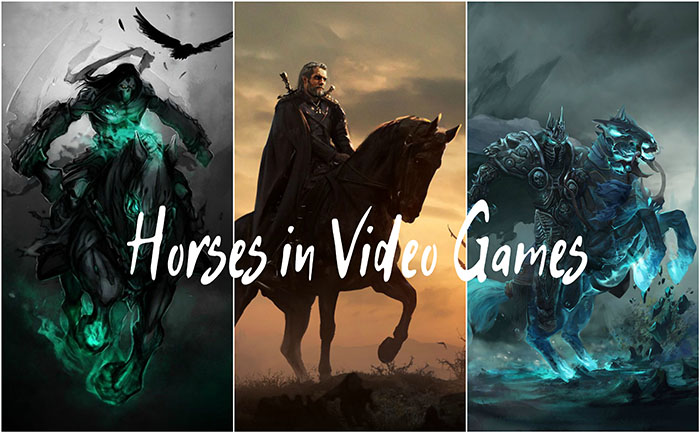 Video games have become a very important part of our lives. Some of them offer outstanding immersion, and they allow us to explore rich and interesting stories from the perspective of the protagonist itself. Video games and horses have a relatively short history, but that’s only because video games represent a relatively new concept as well.

Some of the richest and most detailed games take us back hundreds of years. While some of their settings are inspired heavily by the real world, others are completely fictional. Regardless, many of them feature horses – richly represented, with their own personalities and unique backgrounds.

Today I’m going to talk about some of the most famous horses in video games. These faithful companions represent a crucial part of the game itself. Noteworthy mentions include the famed Epona from the Legend of Zelda, as well as Geryon from Devil May Cry 3, and even the all-faithful Roach from Witcher 3. 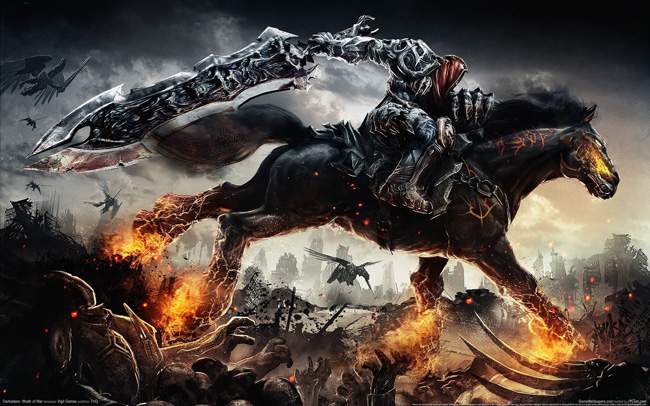 One of the most renowned horses in video games is a horse that belongs to War itself – one of the Four Horsemen of the Apocalypse in the highly acclaimed Darksiders series by Vigil Games. Ruin is officially described as “War’s mighty steed,” and it seems to resemble either a Clydesdale or an Ardennes. It features a beautiful black coat with fire on the mane and hooves. As for its eyes, they are fiery red, and they match its overall menacing look nicely.

In the Darksiders game, Ruin and War are separated, and the horse is captured by demons and bound into servitude. After War releases him, he has to earn its trust again before being able to mount it into battle. This is a nice touch that echoes a rider’s relationship with its horse in reality. Even if we form a bond with our horse, that bond can be broken after some time apart, and we need to remedy it and earn its trust once more.

When it comes to representation, Ruin doesn’t necessarily feel like a real horse, especially not in terms of handling. However, it seems to have some real weight when ridden, and its legs appear to move naturally, especially at gallop. I like the mane animations on Ruin, but the tail doesn’t move naturally at all, it just lags straightly behind whenever the horse is galloping.

Ruin is a Phantom Horse, and as such, it can be easily summoned and dismissed by War. This horse is related and affiliated to the three other steeds of the Four Horsemen, including Rampage (the horse of Fury), Mayhem (the horse of Strife), and Despair (the horse of Death). Speaking of… 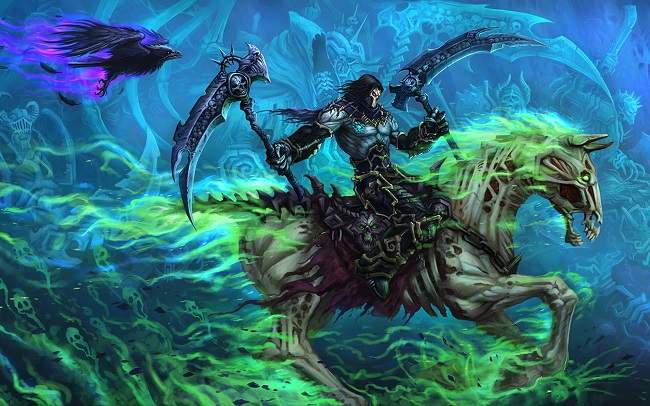 Death and Despair – that certainly has a familiar ring to it, right? Despair is the steed of Death in Darksiders II, and since the sequel features better graphics and animations, I’d argue that Despair looks better than Ruin overall. Despair looks more like the reanimated husk of a horse, which I guess makes sense given the game’s setting. It has a skeletal look and an eerie green glow, and many of its bones are showing.

Even though the steeds of the riders are not named in the Bible, they are described in detail. Despair’s look was inspired heavily from the bible, but since a pale horse would have been difficult to design and implement in the game, the developers went with a bone-white look complemented by green accents.

In terms of handling, Despair feels almost the same as Ruin does, although I’d say this horse feels faster overall. In the game, Death can use it for both combat and travel. While we definitely know that Death’s horse is male, we can’t really identify its breed. What’s obvious is that it is a tall horse, and it has a short mouth profile. If I had to guess, I’d say it was inspired by a Percheron or a Holsteiner. 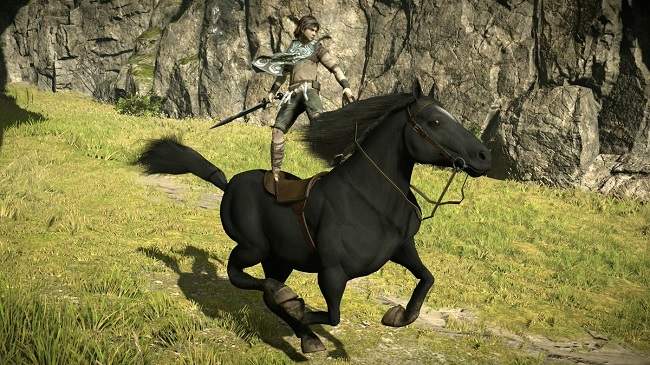 As Wander braves the eerie and lonely valleys of the Forbidden Lands, he is accompanied by none other than Agro – his faithful and loyal horse. While many gamers initially thought that agro was a stallion, it was later revealed that Wanter’s companion is actually a mare.

In the game, Agro has a crucial role to play: it helps Wander defeat his enemies either by dodging attacks or chasing after the quicker ones. Towards the end of the game, the horse offers a spectacular display of sacrifice, a willing sacrifice that brings to light the loyalty and kindness of horses in the real world.

Shadow of the Colossus came out in 2005, so it’s a very old game, all things considered. Its graphics are nothing to write home about, but Agro is presented with a decent amount of detail, even for this day and age. The thing that strikes me the most about Agro’s appearance is its height.

Apparently, Wander’s horse is no less than 1.83m or 18 hands in height, but that’s the official in-game height. In reality, this horse would have been 2.5m or 24 hands in height, which is enormous, and quite frankly, impossible. The tallest horse in the world is Big Jake, who stands 20 hands in height. He is the real colossus if you ask me. 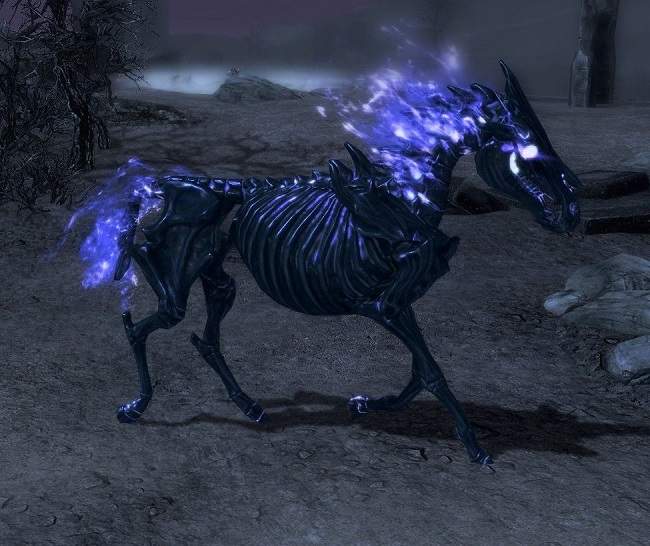 When I first saw Arvak in Skyrim, I thought he was one of the weirdest horses ever. Its appearance is definitely strange, mostly because it seems out of touch with the game’s overall aesthetic. That’s probably the idea behind Arvak’s design, as this horse stands out more than the dragons and vampires.

This skeletal horse impresses with a purple fiery mane and tail, as well as glowing white eyes. It’s a bit scary and creepy, to be honest, but it certainly has a unique design. It is a mountable horse but the player needs to solve a series of quests before being able to ride it across Skyrim.

The rideable horses in Skyrim generally feel a bit stiff and unnatural, but Arvak makes up for this somehow with an eerie look and a rich background. 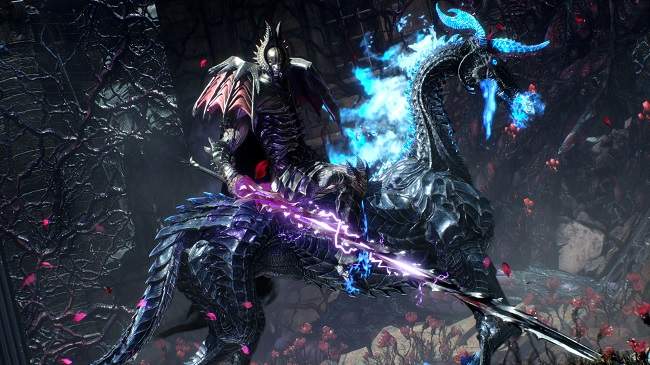 According to the game’s lore, this was once a legendary horse ridden by countless heroes. At one point, the horse ended up ingesting demonic essence, which granted it limited power over time. This virtual equine also leads a ghostly hearse, which is equipped with heavy armaments.

The horse’s look and design were improved dramatically for Devil May Cry 5. The horse is now ridden by an elder knight, and it features a slim frame with a long curved neck and a fiery blue mane. It also appears that the horse dons some form of armor on its entire body, which matches that of its rider. 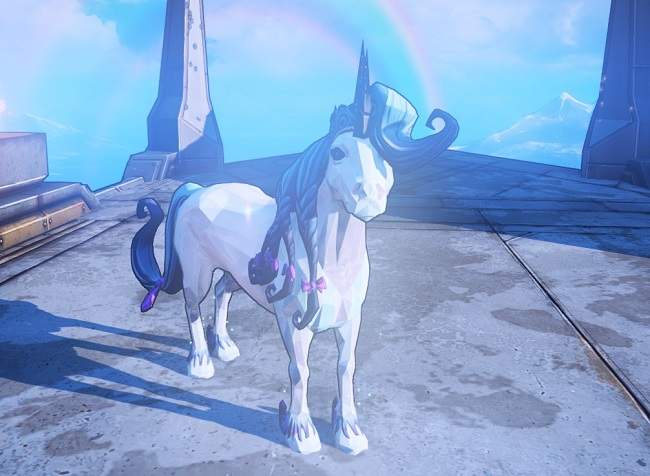 Butt Stallion is one of the weirdest horses in video games, but then again, Borderlands 2 is a wacky game. The first mention of the horse came from Handsome Jack himself via an ECHO device. There he reveals that he purchased a horse made of diamonds and that he was trying to settle on a name.

Butt Stallion makes its first physical appearance at the end of the mission A Game of Games. The mare looks like a small unicorn, with a beautiful, shiny white coat and pink ribbons in her mane and tail.

This horse isn’t rideable, nor can it be fought in the game. It is Handsome Jack’s favorite horse, though, and it definitely looks original enough to deserve a spot on this list, wouldn’t you agree? 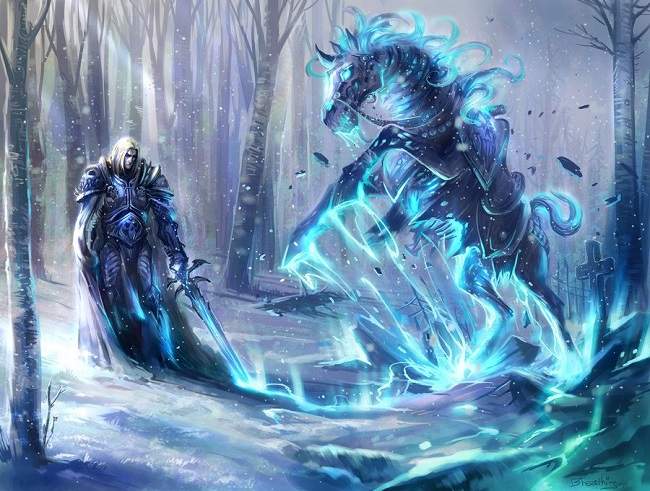 The steed of the famed Arthas Menethil, Invincible was loyal to him in life as he was in death. Making appearances in Warcraft III and in World of Warcraft, particularly in the Wrath of the Lich King expansion, Invincible is one of the most powerful horses in this virtual world and one of the most sought after mounts.

As far as his story is concerned, Invincible was resurrected by Arthas immediately after the prince killed his father and ran away to the Balnir Farmstead. Following the tragic event, Arthas went directly to his horse’s grave and revived him using the power of his sword, Frostmourne.

In World of Warcraft, the horse is actually a flying mount, one of the hardest to obtain, and one of the rarest.

Epona is probably one of the most famous horses in video games, as she has made numerous appearances in Legend of Zelda titles. Some of these appearances include Ocarina of Time, Majora’s Mask, the Minish Cap, Twilight Princess, and Breath of the Wild. Throughout these games, Epona takes on different roles, some of which are important to the gameplay, while others are purely for storytelling purposes.

One thing’s for sure: Epona is Link’s horse, as they share a deep bond and quite a bit of history. Link saw Epona for the first time at Lon Lon Ranch in Ocarina of Time but she was merely a foal at the time. What she lacks in realism and fidelity of animation, Epona makes up for in personality and significance to the game.

2. The Horses of Red Dead Redemption 2. 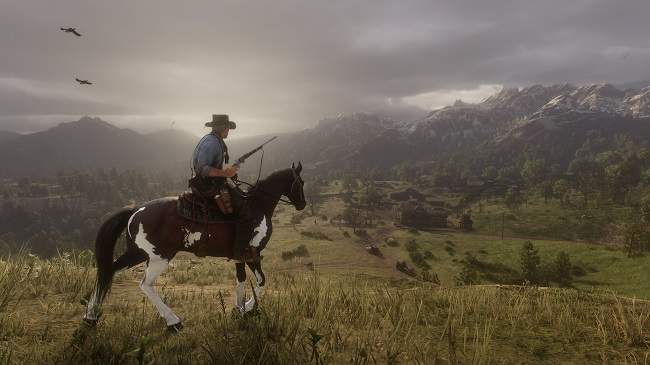 Red Dead Redemption 2, also known as “That Horse Game” in some households, is one of the most detailed and beautiful video games ever made. Its protagonist, Arthur, often relies on his horse to travel around, hunt, perform errands, and various missions. Indeed, playing RDR2 without a horse would take an enormous amount of time, and it definitely wouldn’t be as immersive or enjoyable.

Arthur can own many horses at once, but he can only have one main horse at a time. There are quite a few breeds to choose from, some larger and slower, while some are smaller and more agile. Some of the horses in the game are braver than others and can keep their calm longer in a gunfight or whenever they are surprised by a predatory animal.

All of the horses in Red Dead Redemption 2 are detailed, beautiful, and behave exactly as a normal horse would. They buck their rider when they get scared, they come when he whistles, and they get tired after they gallop for a while. The horses need to be fed and cleaned up regularly, and they can form a bond with Arthur that only strengthens as time goes by.

As far as mechanics are concerned, the horses in RDR 2 can canter, gallop, and walk at a slow pace. They take a little while to get going, and they feel heavy and sometimes difficult to control. I can honestly say that as a horse owner, this game probably offers the best representation of horses that I’ve seen. It’s definitely not a horse riding simulator by any means, but it certainly feels more authentic than I expected. 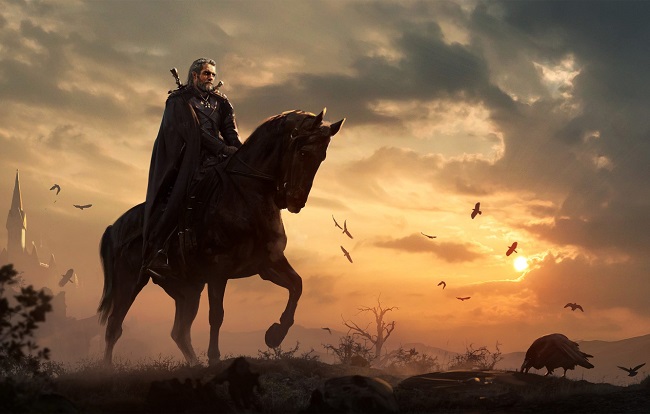 Apart from the aforementioned RDR 2, the Witcher 3: Wild Hunt is definitely one of the most detailed and beautiful games ever made. It has a vast open-world that’s just waiting to be explored by Geralt of Rivia and his trusted steed, Roach. As the story goes, Geralt has owned numerous horses throughout his lifetime, but he always gave them the same name: Roach.

In the game, Roach is actually a mare, although, in a certain quest that I won’t spoil for you, the horse actually has a male voice. When it comes to mechanics, Roach is not the easiest to control or the most natural-feeling steed. The controlling part becomes particularly difficult if the terrain is rough, or if there are numerous trees around or stumps on the ground.

Roach will jump over obstacles in the game, but it will pause a bit beforehand, especially if it is already at gallop. Geralt can ride Roach at canter or gallop, and he can summon the horse with a whistle from any location in the world. Indeed, Roach isn’t the most true-to-life representation of a horse, but I still believe that it is the greatest horse in a video game at the time of writing.