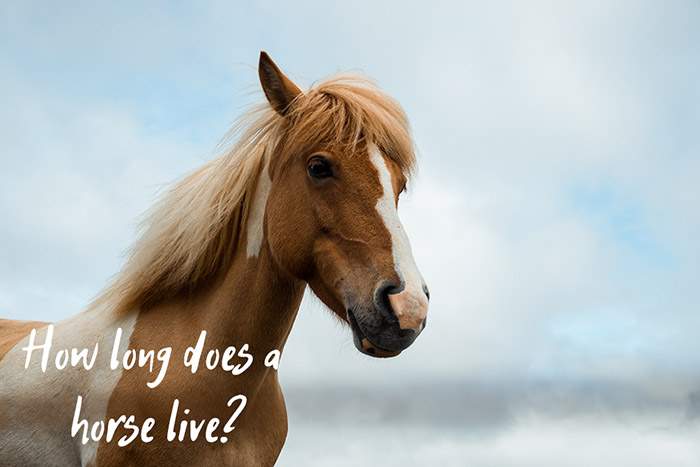 Thanks to advancements in veterinary medicine and care techniques, horses can now live much longer than they did a few hundreds of years ago. Actually, horses are some of the longest living domestic animals, often exceeding the lifespans of cats and dogs.

A horse is expected to live somewhere between 25 and 33 years on average, but it’s not uncommon for one to reach even 40 years of age with proper care and a bit of luck. In history, there have been exceptional cases in which horses have lived even longer, but that’s a story for another time.

A horse’s lifespan is greatly influenced by its lifestyle and nutrition but also by its breed. Indeed, some breeds live longer than others, but there are steps that a horse owner can take to maximize the lifespan of their equine companions.

What can the owner do to increase the lifespan of a horse?

According to a recent study conducted by a team of experts from Purdue University, it looks like “old age” is indeed one of the most common reported death causes in senior horses, but no horse actually dies simply because it is old. The truth is that, with age, a horse will likely develop some form of illness or health issue that will eventually result in its demise.

The leading causes of death among horses that participated in the study were gastrointestinal diseases such as impactions, ruptures, displacements, and strangulations. The next most common cause of death was Cushing’s disease, followed by lameness and laminitis, tumors, and some neurological disorders.

With this information in mind, it looks like the best thing a horse owner can do to increase the lifespan and the life quality of their equines is to ensure proper nutrition throughout the years. Obviously, making sure that the horse gets to exercise on a regular basis is also very important. 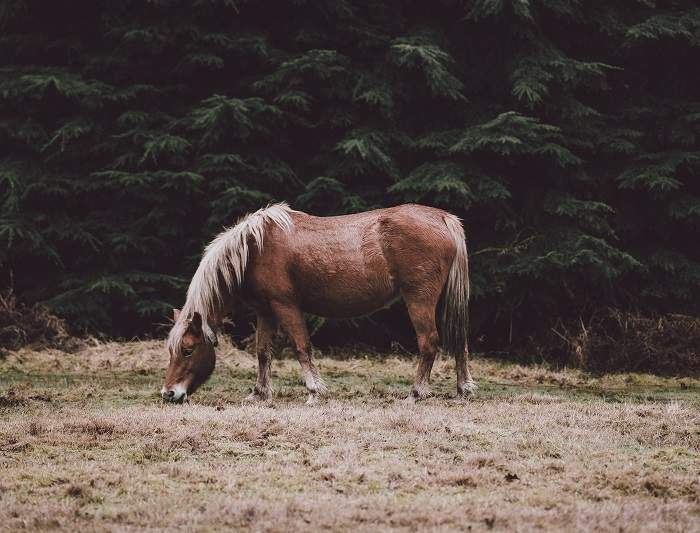 When a gastrointestinal disease does manifest, however, the owner should seek the advice of a veterinarian and a nutritionist. Together, they should come up with a proper plan to treat the horse if possible.

It’s also important to allow the horse to perform the activities that it was bred to do. A draft horse should be put to work in order to maintain its fitness, but it shouldn’t be forced to gallop, jump, or perform any activities that would cause unnecessary stress. On the other hand, a racing horse should be allowed to run and spend its energy in a productive manner.

Proper sleep throughout the life of a horse also plays a key role in its overall health and fitness. I covered this issue in its entirety in a separate article, so make sure to give that one a read if you’re interested. Also, if you’re wondering what is the best age for your first horse, I got you covered in this article.

What is the average lifespan of the most well-known horse breeds?

As I mentioned above, there are many factors that can influence how much a horse lives and how fast it ages. Breed types are particularly important, so let’s find out what is the average life expectancy of popular horse breeds.

As the table above suggests, smaller horses such as the Arabian tend to live longer than larger ones. Actually, ponies can still be used for schooling even past the age of 20, as they generally tend to live even longer than 30.

How to determine the age of a horse.

Identifying the exact age of a horse can be difficult under the best of circumstances. That’s because horses don’t have obvious “tells” like us humans that let us know how old they are. Most of the time a horse owner will keep track of its horse’s approximate age using paperwork, and racehorses always have their paperwork in order, as horses that are too old need to be taken out of competitions before they injure themselves.

With a normal horse, though, a veterinarian might look at its teeth in order to determine its age. However, past the age of 20, horses’ teeth will look more or less the same, which makes determining their exact age even more difficult. A horse that has changed owners multiple times throughout its life and that has no paperwork will be very difficult to assess age-wise.

Remember the saying “Don’t look a gift horse in the mouth”? That essentially means that you shouldn’t check its age. When trying to determine a young horse’s age, a vet will check which teeth are present and which ones are about to be lost. Afterward, estimations rely on the tooth wear level. A vet can give an accurate estimation until the age of 9 or 10.

By the time a horse is 5 years old, all of its six front teeth should have a dark spot on them called a cup. The person who checks the horse’s age can identify this cup by having a look at the bottom row of teeth. After the age of 5, the only way to determine age is by the wear, shape, and slope of the incisors. The vet will also look for Galvayne’s groove, which eventually appears in the upper corner incisors.

Galvayne’s Groove starts off near the upper gums and slowly moves down on the tooth as the horse ages. If the groove is halfway down, it usually means that the horse is around 15 years old. By the time the horse is 20, the groove would have moved all the way down the tooth. That’s why determining the age after 20 becomes difficult. The veterinarian can accurately state that the horse is more than 20 years old, but he can’t determine the exact age anymore at this point.

There are other things we can look for when trying to figure out the age of a horse. For instance, the withers become more visible because the back of the horse sways downwards with age. The coat of a horse is also thicker as it ages, and it might lose its pleasant appearance by becoming coarser and less shiny. Other indicators include loss of muscle mass, lameness, bad eyesight, and low immunity.

Do horses live longer in the wild than they do in captivity?

Wild horses do tend to live longer than domesticated ones, which was a bit of a surprise to me. Apparently, as horses become older in the herd, the younger ones tend to become protective of them.

As a result, a regular horse might get to live as much as 40 years in the wild. Experts believe that a healthy diet also plays a key role in this longevity, as wild horses only eat natural, organic food that they find in pastures.

Many people want to compare the age of a horse to a human equivalent, but performing such a comparison is never 100% accurate. There are many different factors to consider, as people and horses are fundamentally different. For instance, a human might take up to a year to learn how to walk, while a foal will be able to do this after a mere hour of being born.

In terms of diet, a human baby might begin to eat solids after six months, while a horse will start to eat grass after a few days or weeks of coming into the world. What I’m trying to say is that horses are far less vulnerable and less dependent on their mothers at birth. A human needs many years to fully develop, while a horse will reach its peak physical strength much sooner. On the other hand, a horse will generally have a much shorter lifespan.

That being said, I put together a chart that shows a relative equivalent of horse years to human years. The data for the chart is based on research conducted by Equine Resources International back in 2003.

Apparently, horses and humans are both middle-aged around the age of 13 for horses and 43 for humans. After reaching 20, a horse’s life expectancy tends to drop drastically, and if it does reach 30, it can be considered very old, much like a human would be at age 83.

A horse can live for around three decades if it receives proper care and attention. However, there are exceptions to the rules and some horses have managed to surpass their average expected lifespans by a considerable amount. The oldest horse in history was Old Billy, who lived no less than 62 years before dying.

Determining a horse’s age is a tricky process, particularly if the horse has passed the age of 20. However, proper paperwork helps out quite a bit in this case.

I hope that you now have a better understanding of the average horse age, and what you can do to keep your horse alive for longer. If you have any suggestions or ideas that you would like to add to this article, feel free to get in touch.