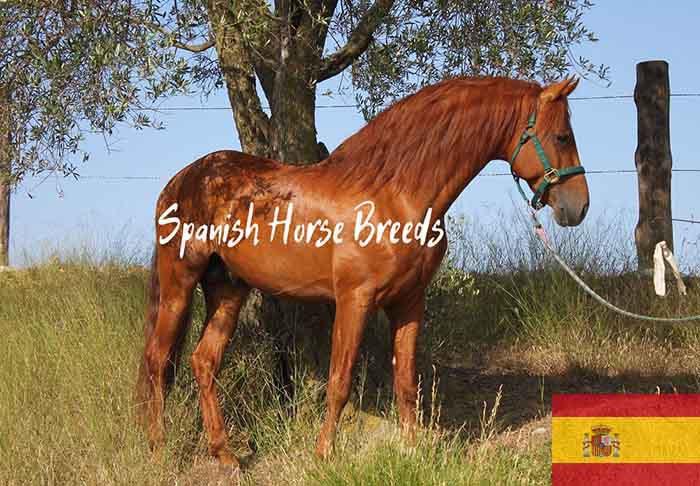 Spanish horse breeds are some of the most elegant and most refined out there. Some of them are also the oldest in existence, as the Spanish have been using horses for their daily tasks since antiquity. Today, there are only a handful of horse breeds with clear Spanish ancestry, and each one is special and unique in its own way. 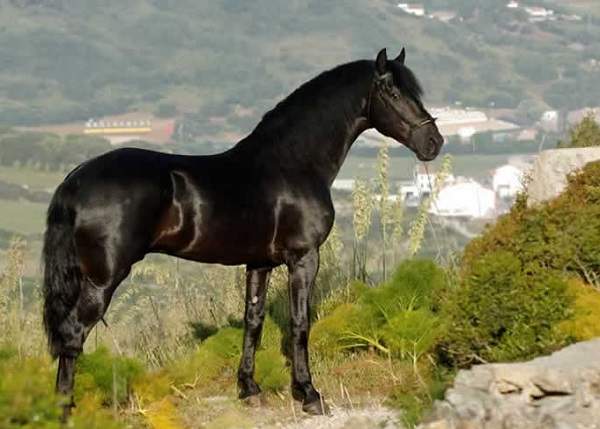 Also known as Caballo Mallorquín, the Mallorquin horse boasts a clear Spanish ancestry as it originated on the isle of Mallorca. Back in 1981, the authority for the autochthonous breeds of Mallorca has officially begun the identification of the breed, and soon after, the Mallorquin was listed in the Catálogo Oficial de Razas de Ganado de España.

The bad news is that it was listed as a breed in danger of extinction. In 2007, the breed was listed as critical-maintained, and as of 2020, it was officially at risk. As far as uses are concerned, the Mallorquin was used primarily as a riding horse by the local populace. The reason for this is that any farm work was usually done with the help of the Balearic donkey.

What’s truly interesting about the Mallorquin horse is that its mares were typically mated with imported stallions such as Orlov Trotters or French Trotters in order to create the Spanish Trotter horse. We’ll talk some more about that particular breed a bit later.

Here are some quick facts to remember about the Mallorquin: 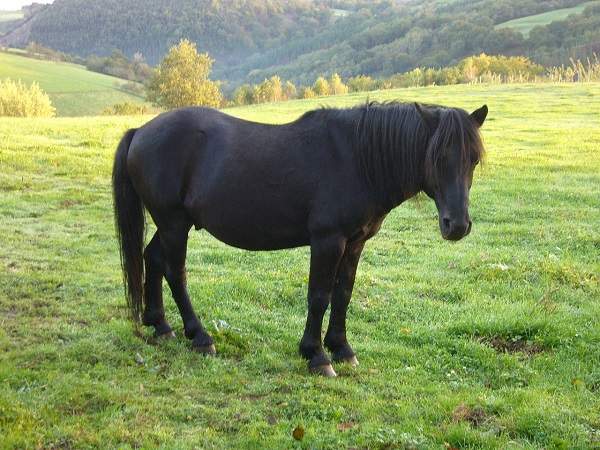 The Pottok horse or Pottok pony is native to a region in Spain named Basque Country. This ancient horse breed is well-adapted to the harsh living conditions of the Pyrenees, and since it has had some contact with humans but was never fully domesticated, it is semi-feral.

So here we have a semi-feral horse that lives in a beautiful mountainous part of Spain, right on the border with France. The interesting part is that there are significant genetic differences between Pottok horses inhabiting the northern part of Basque Country and the southern part. Some scientific communities have even gone as far as to declare the two separate breeds.

For now, officially at least, the Pottok pony remains a single breed. It is endangered sadly, mostly due to habitat loss and mechanization. Inbreeding is also a serious issue for the Pottok pony.

Some of its most distinguishing features include: 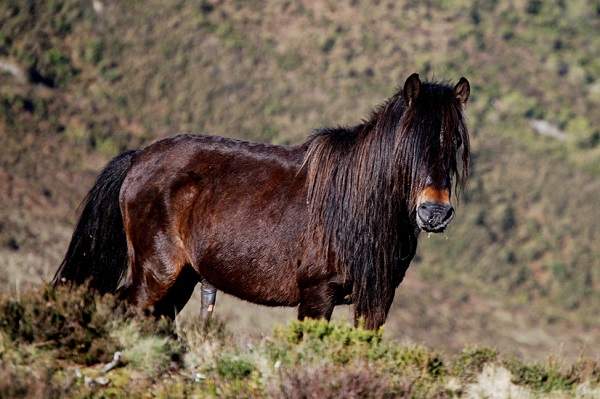 Another incredibly old and beautiful Spanish horse breed is the Asturcon. What makes this small horse stand out among others is that its existence has been documented since ancient times. To be more specific, Pliny the Elder wrote about the Asturcon horse in his Naturalis Historia.

This horse lives in the autonomous region of Asturias in northern Spain. It has an unusual ambling gait, which is quite impressive to see up-close. In 2007, the Asturcon pony was listed as endangered-maintained. Sadly, quite a few Spanish horse breeds are either endangered or very close to extinction but efforts are being made to preserve them in some regions of Spain.

Key things you should remember about the Asturcon horse: 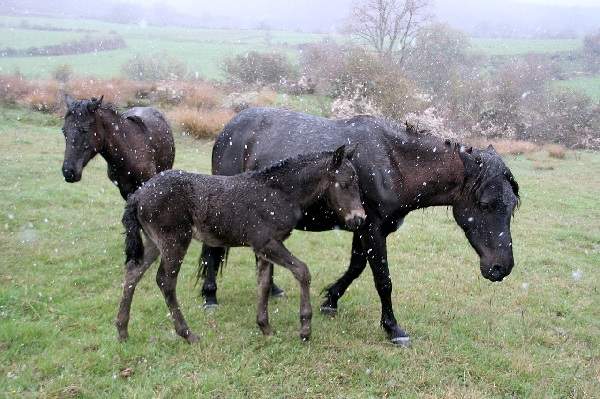 The Losino horse is not the most well-known Spanish horse breeds, but that’s exactly why I wanted to include it in my list. It is a beautiful horse like all Spanish ones are, and it was originally bred in the Losa Valley, just to the north of Burgos province in Spain.

Once thriving in numbers, the breed began to lose its population quickly after the 1950s due to mechanization and inbreeding with donkeys in order to produce mules. Fortunately, in 1986 when its overall population was around 30, the Breeding and Selection Center of the Losino Horse was established in Pancorbo.

At the center, Losino horses were tamed and used for infant-junior horseback riding and harnessing. They also carried out equestrian routes through rural and mountain zones. In 1999, the population of the breed rose to around 200. These days, this horse breed is still in danger of extinction, as listed by the Catálogo Official de Razas de Ganado de España.

Key facts about the Losino horse: 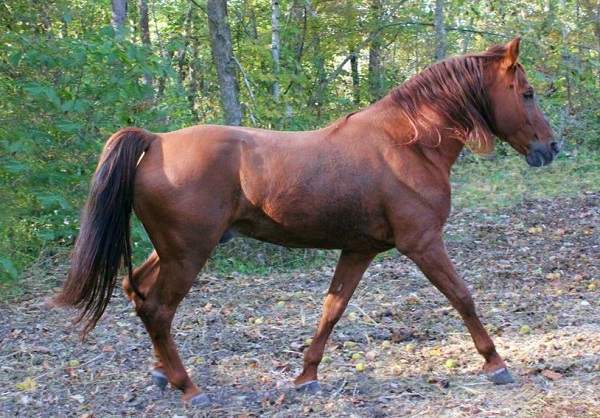 The national breed of trotting horse in Spain, the Spanish trotter is often used for trotting racing. What’s key to remember about this horse is that it’s reared almost exclusively in the Balearic Isles, particularly in Mallorca and Ibiza. In the islands, there are three hippodromes in total, which often horse trotting races and other equestrian events.

Due to its obedient and calm nature, the Spanish trotter can also be used for pleasure riding. The breed was created by using local Mallorquín and Menorquín mares and pairing them with imported stallions such as French trotters and Orlov trotters. That was back in the day, though. Today, these horses are created using artificial insemination sourced from French Trotter or American Standardbred stallions.

Fortunately, the Spanish trotter is in no way endangered or nearing extinction. In 2005, there were about15,500 horses recorded in the breed’s stud-book.

Things to keep in mind about the Spanish trotter: 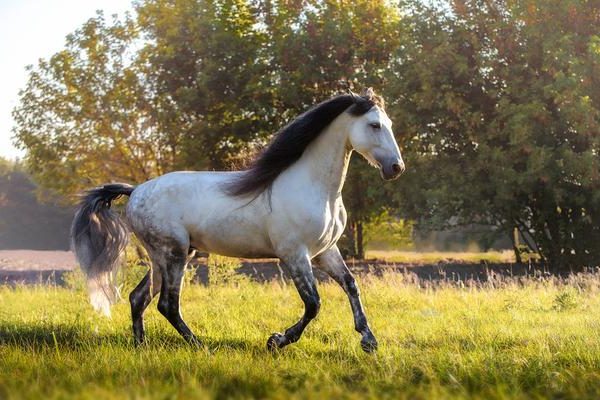 The Andalusian is undoubtedly the most famous of all the Spanish horse breeds, and there’s a very good reason for that: this horse has it all. It has the looks, the size, the prestige, and the performance to compete in long races and driving events. As far as the development of the breed goes, the Andalusian traces its roots to the Iberian horses of Spain and Portugal.

Indeed, cave paintings suggest that horses have been present in the Iberian Peninsula as far back as 20,000 to 30,000 BCE. In recent days, the horse’s conformation has changed very little.

It has a medium-sized head with a straight or slightly convex profile, as well as a long and broad neck. Size-wise, Andalusian stallions, and geldings average 15.1 1⁄2 hands while mares average 15 1⁄2 hands.

Andalusian horses were also used widely for war in the past, mainly due to their fearlessness and well-built bodies. Today, apart from pleasure riding, racing, and driving, these horses take part in other equestrian competitions such as dressage.

Here are some things to remember about the Andalusian horse. 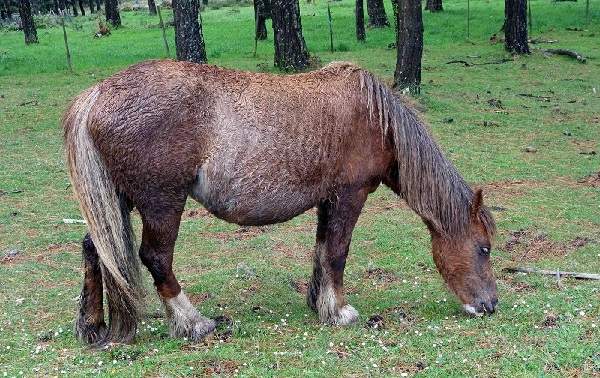 The Galician Mountain Horse is a small horse breed that can be found in north-western Spain. Since Spain and Portugal are neighboring countries, it makes sense for some of their fauna to share some genetic markers, and that’s exactly the case with this horse. The Galician shares many similarities with the Garrano horse breed from northern Portugal.

In the past, this horse served a clear purpose as a warhorse. In times of peace, it was used for agriculture. As far as its origins are concerned, most experts agree that the Galician horse traces its ancestry to a series of small dark-colored horses introduced by Celtic immigrants in the sixth century BC.

Since numbers began to dwindle in the 1980s and 90s, the Asociación Pura Raza Cabalo Galego was formed in 1997 in an effort to recognize this breed officially and to protect it. Indeed, in 1998, the Galician horse received its first stud-book.

Here are some interesting facts about the Galician horse: 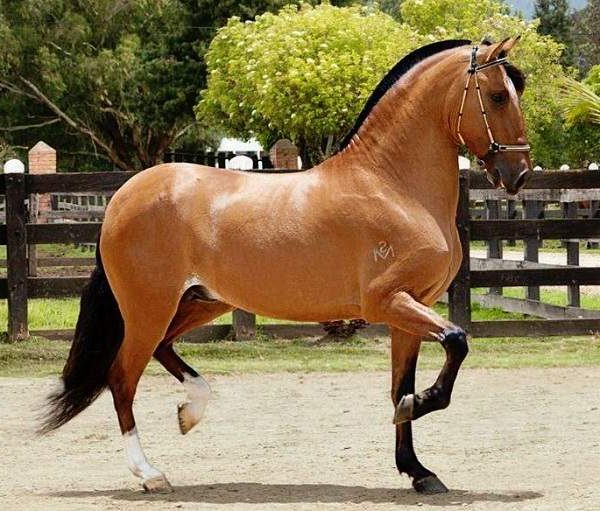 There are many elegant horses out there but I doubt any could match the natural and effortless grace of a Paso Fino. This Spanish horse breed distinguishes itself with a smooth, natural, four-beat, lateral ambling gait. Thanks to this unique ability to walk smoothly, this horse is prized in many equestrian disciplines, especially trail riding.

Bred by Spanish landowners in Puerto Rico and Colombia, the Paso Fino represents a mix of breeds such as the Barb, Spanish Jennet, and Andalusian horse. Originally, this horse was bred to be used on plantations because it was so smooth to ride, but also because it had high endurance.

In the United States, there are two main groups of horses named Paso Fino. One is the Pure Puerto Rican Paso Fino with origins in Puerto Rico, and the second is the Colombian Paso Fino or Colombian Criollo Horse.

What you might not know about the Paso Fino: 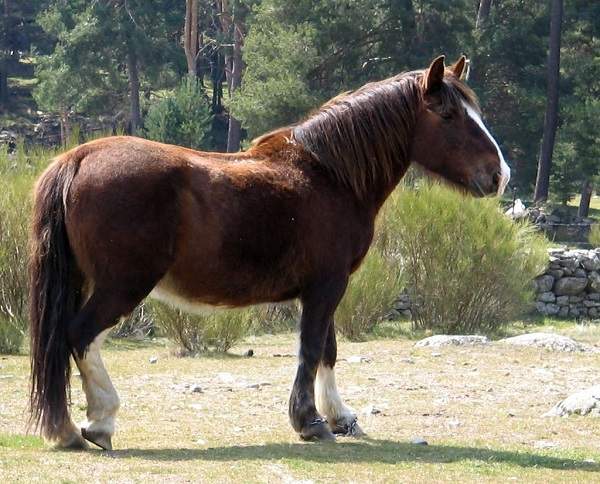 The Hispano-Breton is a heavy horse breed, one that was used mainly for warfare and draft work. Developed by crossing native Pura Raza Española horses with imported Breton draught horses, the Hispano-Breton is found in two separate areas of Northern Spain. One is Castile and Leon, and the other is Cantabria.

At the end of the 20th century, this Spanish horse breed had found itself in danger of extinction, mainly because of technological advancements that rendered them obsolete. This was the case with many other horse breeds in that era, but fortunately, most of them were saved by various associations and communal efforts.

Living in mountainous areas, the Hispano-Breton has powerful muscles and is well-adapted to extreme variations in temperature and air pressure. At the most, these horses will reach 16.2 hands in height, and the heaviest of them tip the scales at 1980 pounds.

What we should remember about the Hispano-Breton horse: 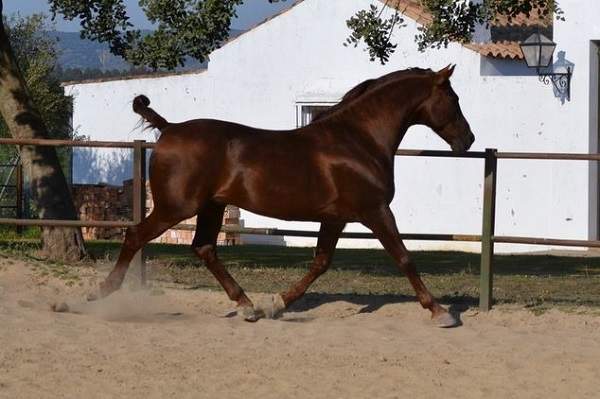 As its name suggests, the Hispano-Arabe is a Spanish horse breed that has resulted from the cross-breeding of Arab and Andalusian horses. This particular type of horse has been reared in Andalusia since the 1800s, so it’s a relatively old breed but definitely not an ancient one.

Light in its movement and slender in its frame, this is an elegant horse that’s suitable for a wide variety of equestrian sports. Fine examples include dressage, cross-country, trekking, and endurance racing.

With a height of around 15.2 hands, this is a medium-height horse that mostly impresses through its elegant appearance and graceful movements. Its coloring is generally grey or darker tones.

Some important facts about the Hispano-Arabe horse: