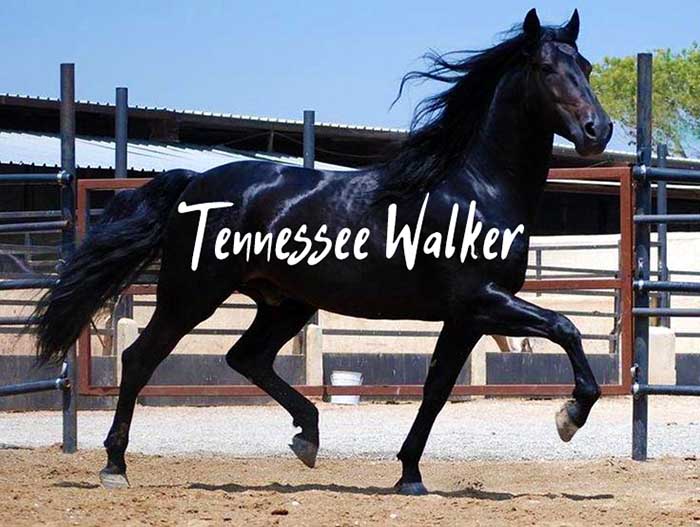 The Tennessee Walking Horse – a horse breed like no other. Elegant, refined, and with a gait that turns heads every time, the Tennessee Walking Horse offers one of the smoothest rides you’ll ever experience. There are many other gaited horse breeds out there such as the Paso Fino or the Icelandic Horse, but if you want to read about those, you’ll have to take a look at a separate article that I wrote not too long ago.

Back to the Tennessee Walking Horse, it traces its origins to Tennessee, USA, and it was created using a generous mix of other horse breeds, one of which is now extinct. This horse weighs between 900 to 1,200 pounds, and it stands 14.3 to 17 hands tall. Apart from its unique gait, the Tennessee Walker also distinguishes itself with a long, tall neck, an elongated straight head, and a very calm demeanor.

Below you’ll find some of the most interesting facts about the Tennessee Walking Horse, many of which you probably didn’t know about.

1. The Tennessee Walking horse was created from several other breeds.

All horse breeds trace their roots to a few ancient ones, but in the case of the Tennessee Walker, its “ancestors” are relatively modern breeds with one exception. This horse was created using a mix of Canadian Pacer, Thoroughbred, Standardbred, American Saddlebred, Morgan, and Narragansett Pacer.

Originally, the breed was created by mixing Narragansett Pacer and Canadian Pacer horses brought from Kentucky to Tennessee starting in 1790, with gaited Spanish Mustangs imported from Texas.

In the case of the Narragansett Pacer, it is believed to be the very first horse breed developed in the United States. Unfortunately, this breed is now extinct. The Walker borrows traits from all of the horse breeds I mentioned above. In total, it carries with it at least six important bloodlines.

2. This horse breed is an expert at gaited running/walking.

What makes this type of horse special is the way it walks and carries itself. The most popular of the Walking Horse’s gaits is the running walk, but there are also the rack, fox-trot, stepping pace, and the single-foot variations, which some Tennessee Walkers can perform with a bit of training.

I should also mention the flat foot walk, in which each foot hits the ground separately at specific intervals. The canter of these horses deserves some attention as well, mainly because it’s just so much more relaxed and effortless when compared to other breeds.

While these unique horses are valued greatly for their performance in the show ring today, they were originally bred for much more utilitarian purposes. Indeed, the Walking Horse is very adept at racing, and it can pull a cart without a sweat if the need arises.

Back in the day, plantation owners would ride them daily due to their gait, which makes for a comfortable and smooth experience. However, everyone knew this animal as an all-purpose ranch horse, well-suited for pretty much any type of work.

4. It has a closed studbook.

What does this mean for the breed? If you have a Tennessee Walker that you’d like to register officially, its dam and sire must have been registered as well. The breed was acknowledged officially by the US Government in 1950.

5. It is the official state horse of the US state Tennessee.

The pride and joy of Tennessee, the TWH became its official state horse in 2000. Just behind the Thoroughbred and the Quarter horse, the Tennessee Walker is the third most common and popular horse breed in Kentucky.

Each year, the breed enjoys 13,000 to 15,000 newly registered foals, and since 2005, more than 450,000 horses have been registered over the life of the TWHBEA. This means that this horse breed is nowhere near danger of extinction.

6. Some famous horses were Tennessee Walkers.

This type of horse was often showcased in movies and select performing events. One notable star was The Lone Ranger’s horse “Silver” which was played multiple times by a Tennessee Walker. Furthermore, the successor of the original Trigger, namely Trigger Jr. was played by Allen’s Gold Zephyr – a Tennessee Walking Horse.

Outside of film, the mascot of the University of Southern California Trojans, namely Traveler, was showcased using a purebred Tennessee Walking Horse multiple times. Indeed, this horse breed is very popular in the South, and I can definitely understand why.

7. This is the breed most affected by the Horse Protection Act of 1970. 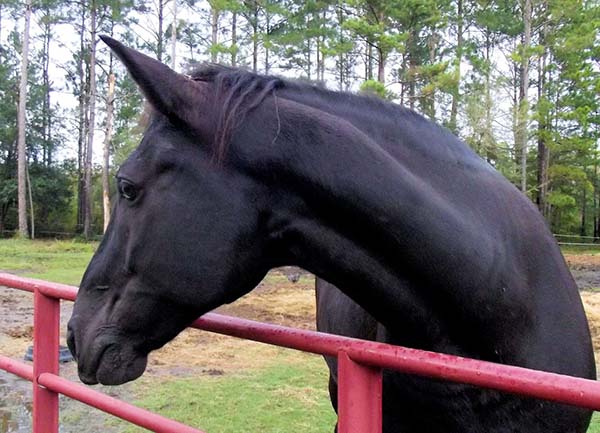 Horses being abused for showmanship is nothing new, and sadly, the Tennessee Walking Horse has had its fair share of mistreatment over the years. It all comes down to a specific practice that aims to enhance the horse’s natural gait to exaggerated ends. This “Big Lick” style is achieved with the help of soring and other abusive practices that cause pain in the horse’s front legs. This forces the horse to lift its legs and feet higher and faster than it would naturally.

It’s a cruel way to make a horse appear more “showy,” and it has been outlawed for the most part in the United States via the Horse Protection Act of 1970. The Tennessee Walker is the horse most affected by this protection act. Some would say that the act was enforced specifically in order to protect this horse breed from abuse.

Sadly, some horses are still being mistreated to this day, and the use of soring has led to a divide in the breed community. Separate breed organizations have been formed as a result, and some horse owners have even faced criminal charges.

If you were to search for videos of Tennessee Walking horses on YouTube right now, you’ll find quite a few showcasing this horse’s unique gaits. However, almost all of them have their comments and like/dislike buttons disabled, as people have become incredibly passionate about protecting these horses and speaking out whenever they spot abuse.