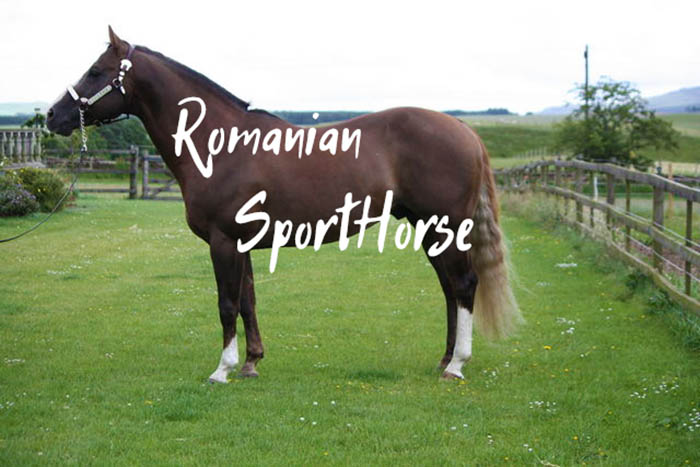 To be precise, development for the Romanian Sporthorse started off in 1962 at Sâmbăta de Jos (Lower Saturday) stud. Back then, horses played a very important role in Romanian society. They’ve been crucial to the country’s development for hundreds of years before, but the Romanian Warmblood was mostly developed for competitions and showmanship. The breed’s success was a matter of national pride, which is why the entire project was initially coordinated by the Ministry of Agriculture.

Why was this breed developed?

Romania, and Eastern Europe for that matter, had plenty of horse breeds to choose from if they just wanted horses to work the fields or pull carts. A fine example is the Furioso North-Star breed, which could perform both on the field and in the training ring. However, they didn’t have a horse that was specifically adapted for equestrian sports such as dressage and showjumping. The project was founded by Dr. Teodor Suciu și Dr. Ion Apahidean, which were already important figures in Romanian zootechny at the time.

In order to create the Romanian Sporthorse, they studied, analyzed, and mixed several breeds such as Arabian Pureblood, English Pureblood, Furioso North-Star, Nonius, Standardbred, Orlov Trotter, and Shagya Arabian. Initially, they used 37 carefully selected mares, and they gradually refined the breed over the following years in an attempt to bring out some of its most athletic features.

The transfer to Jegălia stud.

The year 1969 represented a turning point for the Romanian Sporthorse because that’s when all operations at Sâmbăta de Jos were transferred over to Jegalia Stud. From that moment on, Jegalia became an official specialized center for this particular breed. The project was led by Ilie Georgescu from 1969 until 1982. The horses were bred 100% naturally, and their selection was incredibly rigorous.

The qualifying trials were particularly complex, as they involved a difficult three-day trial. The horses needed to perform in a natural obstacle course, a dressage course, and a showjumping course.

Size, popularity, and use.

The Romanian Sporthorse started off as a relatively small horse at 14.7 hands, but it grew up to 16.2 hands in just 20 years. This was a remarkable success and a superb feat of genetic engineering. Other breeders of the time needed 100 years or more in order to obtain such results.

In 1982, Jegalia Stud had 110 Romanian Sporthorse mares, which was a record-breaking achievement. However, the trend followed a downward curve, and in 1993 there were only 58 active mares at the same stud.

The Romanian Warmblood was incredibly popular internally. It was particularly sought-after by state institutions such as the police from 1974 to 1977. However, countries such as Germany, France, England, and Italy also expressed their interest in the breed.

The Romanian Sporthorse is a relatively large horse breed that usually surpasses 15.7 hands in height and weighs around 1102 pounds. The horse’s trunk is short and muscular while its limbs are long and slender. It also has a short neck, a small head, and incredibly refined facial features. Other highlights include a broad chest, strong tendons, and powerful joints that allow it to compete at the highest levels.

The Romanian Sporthorse excels at showjumping, and it has a mild temperament – well suited for training. Apart from jumping, this breed also excels at dressage. Some of its most prominent coat colors include black and chestnut.

In Romania, local authorities organize a nationwide cup for the Romanian Sporthorse, which takes place at Jegălia stud every year. This further encourages the breed’s development and maintains a live interest in this elegant, powerful, and original horse breed.

A very interesting addition to the Romanian Sporthorse breed was the infusion of French blood from the Selle Français breed. This endeavor was part of an organized effort led by Romanian authorities. The goal was to mate 21 select mares with two renowned French studs via artificial insemination. These two French studs were Quool du Bois Margot and Cicave du Talus.

The project was a success, as it resulted in a series of Romanian Sporthorse foals infused with French blood. These included a very healthy and spirited foal named Jador. In February 2019, a second reproductive core for the Romanian Sporthorse was founded at the Tulucești stud. This core focuses specifically on French blood infusion.

The very first horse of this breed that qualified and competed in a World Final Championship was Sarlatan. He was foaled at Jegalia stud, and he was trained by Costea Andrei at a very early age. He was ridden by Claudiu Gheorghe, and he competed in 1993 in the Volvo World Cup final in Goteborg.

By the end of the competition, Sarlatan managed to achieve a total individual rank of 26. 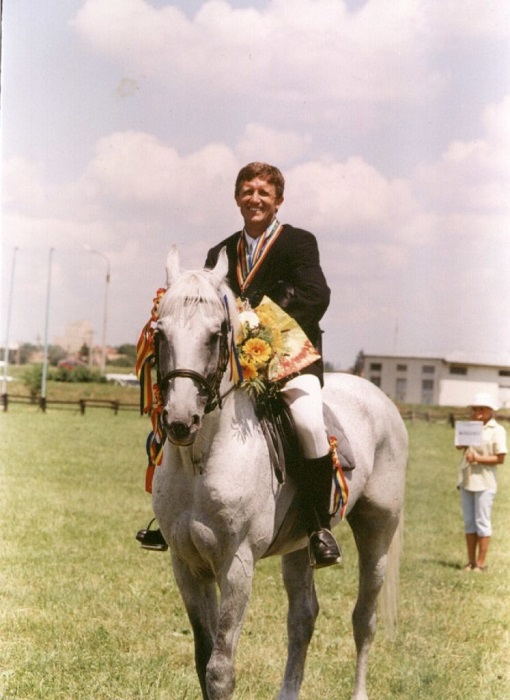 Carnaval was ridden by Viorel Bubău at the Athena Olympic Games in 2002. He was the only horse of his kind to participate in the renowned event, and he made quite an impression while striving to beat the best of the best. 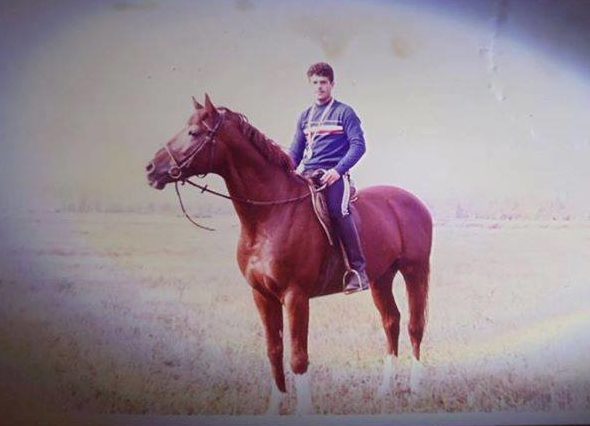 Mult-Iubit (Much-Loved) was a Romanian Sporthorse ridden by Constantin Albert. The pair managed to score first place in the light heavyweight category as part of a local championship. After this feat, Mult-Iubit and its rider went on to participate in a famed International Contest at Tripoli.

Word has it that the horse was nearly kidnapped by president Gadafi after the event.

Tam-Tam was born in Jegalia on April 18, 1984, and he is arguably the most valuable Romanian Sporthorse born in Romania. This horse won multiple Grand Prix International Volvo jumping editions, and he eventually ended up settling in France in 1990. Tam-Tam lived until 20 March 2012, and he had an impressive stud career, albeit in France only.

He sired multiple foals while under the care of a Romanian artist named Florin Codre.

The Romanian Sporthorse is a warmblood horse breed that still holds a very special place in the hearts of Romanians and Eastern Europeans. While it doesn’t enjoy the fame it once did, it’s still a remarkable breed capable of impressive feats on a worldwide scale.

In order to create this article, I sourced some of its images and information from a Romanian horse blog named Herghelie.