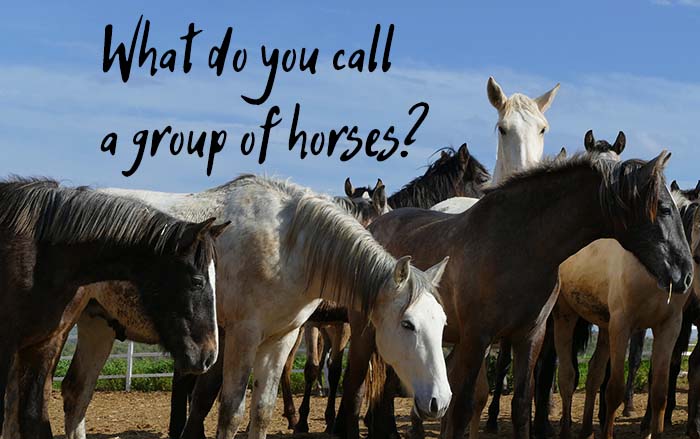 A group of horses is generally called a “team.” You’ll hear the term “team of horses” whenever someone is referring to a group of horses that work together such as pulling a cart or working the field. However, there are alternate ways of calling a group of horses, including a rag, a harras, a stud, and even a string of horses.

Is “herd of horses” correct as well?

You can use the term herd to describe groups of horses, but only when referring to horses that interact with each other outside. A herd of horses shares time on a pasture together. They perform activities such as grazing, resting, and interacting with each other as they would in the wild.

A herd of wild horses is also a correct term. Wild horses often form herds in the same way other animals would. The main difference is that herds of horses are generally composed of smaller, individual bands of horses. These bands generally have between three to five members each.

Alternative names for groups of horses.

Groups of horses can be called in different ways depending on the context, the horse’s gender, and even their lifestyles. Below you’ll find some of the most popular collective nouns for horse groups.

Groups of horses can be called in different ways depending on the context and the horse’s main activity sector. Let’s do a quick breakdown of all the 9 terms used to describe them:

If you know any other terms that can be used to describe groups of horses, please let me know and I’ll be more than happy to include them. Until then, I hope this short guide has proven useful to you.