I know we generally only talk about real horses here on HorseyCounsel but I wanted to touch on a slightly different yet related subject today. That’s right, today we’re going to talk about hobby horsing, and by the end of this article, you should know everything there is to know about this sport. Hobbyhorsing is officially accepted as an organized sport in most parts of the Western world, and it is definitely growing in popularity. But what exactly is it?

Basically, hobby horsing involves riding artificial (man-made) horse heads placed on a stick. Riding stick horses might not be as glamorous or as popular as riding real horses, but it does have its charm and its advantages. One of the main reasons why hobby horsing has become so popular in the first place is because it offers a cheaper alternative to real horseback riding. It might look like “playing pretend” but it is undeniably fun, and it’s good exercise.

Hobby horsing is mainly practiced by teenage girls or girls aged between 10 and 18. However, there are no rules preventing boys from participating, and quite a few of them have started to enroll in competitions in the last few years.

Hobby horsing first kicked off in Finland in 2012, but the exact founders of the sport are currently unknown. That’s because this equestrian trend was being practiced in secret for a long time before it actually became popular nationwide. In Finland, hobby horsing is officially recognized as a sport and it has more than 10,000 fans.

While not as popular as in Finland, the sport also has a decent fan base in the USA, and in Australia. As with most sports, there are several different hobby horsing divisions, and each competition has its own strict set of rules.

You might be wondering by now: how exactly do you compete with a hobby horse? Well, these competitions are quite similar to those involving real horses. This means that the rules are similar and that there are judges involved. Participants need to perform a series of stunts such as jumping over obstacles, but they are also judged on their gaits, posture, running style, the hobby horse itself, and overall energy.

As for divisions, hobby horsing dressage is one of the most popular ones, especially since it includes three different levels: beginner, intermediate, and advanced. The jump heights depend on the contestant’s age.

Beginners are required to perform 6 to 8 movements including various gaits such as walk, canter, and trot. They might also perform movements such as loops, reverse loops, turns, and half-turns.

Intermediates usually perform 8 to 10 movements that include the beginner ones as well as extended gaits, half passes, and flying charges.

Advanced hobby horse competitors perform 10 to 12 movements that include tempi changes, passages, zig-zag turns, and half passes. They must also complete the beginner and intermediate levels as well. If successful, these competitors can consider themselves hobby horsing professionals.

What are the rules?

It’s important to note that hobby-horsing competitions are not governed by an official body. Therefore, they’re not subject to an official regulatory set. However, there are a few general rules that need to be respected by all competitors:

Hobby Horsing in the United States.

We now know that this equestrian trend was founded in Finland by a group of teenage girls. However, how did it spread to the United States and how big is its fan base right now? Again since the sport is not governed by an official entity, it’s difficult to figure out exactly how many people participate in the events, or how many view them live or online.

What I can tell you is that there are currently numerous hobby horse competitions scheduled for this year and the next, including the ones in White Oak Stables, WinWinEquine near Atalanta, and Tryon in North Carolina, which hosted the inaugural American Hobby Horse competition.

Whether used for competitions or recreation, there are also numerous hobby horses available for sale at retailers such as Amazon. This shows a real interest in the activity, and I think it will definitely catch on even more as time goes by. At the end of the day, the United States is vast, as hobby horsing isn’t going to be as popular everywhere.

There are certain pockets of the country that are showing an increased interest in the sport, particularly in the South.

Do you need to own a horse to participate in hobby horsing tournaments? 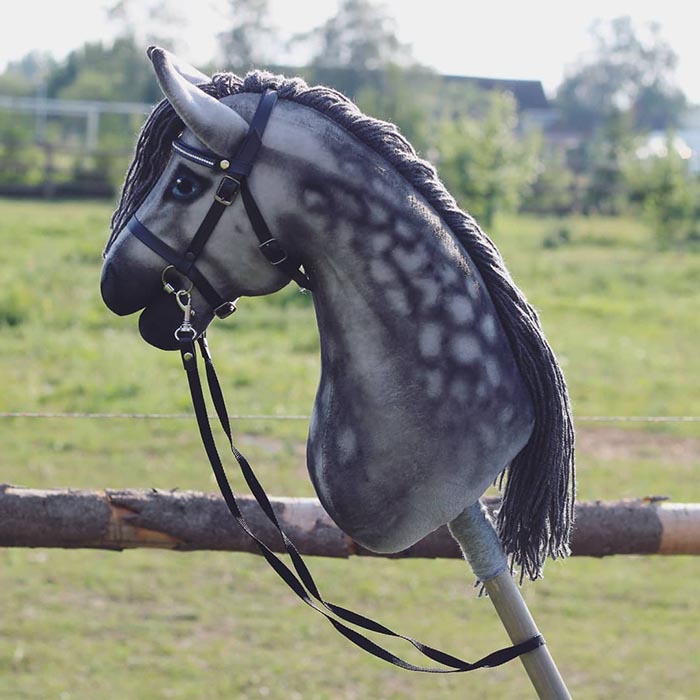 Owning a real horse is not mandatory, as it wouldn’t offer a real advantage anyway. If you do own a horse and you want to take part in such a competition, you’re free to do so. You’ll likely be more in-tune with the equestrian world, and you might be able to understand the rules quicker. However, you won’t be able to bring your horse with you to the grounds, and you won’t be able to rely on your horse riding skills for an edge.

Is hobby horsing in the Olympics?

Hobby horsing is not part of the Olympic Games just yet, but it has been proposed for inclusion in the Paris 2024 Olympics according to the FEI. The popular Finnish sport would strive for acceptance alongside skateboarding, breakdancing, and surfing.

If accepted, hobbyhorse riders would compete for team and individual medals in the three main current Olympic disciplines, namely Jumping, Dressage, and Eventing.

What about the name?

When it comes to naming this unique equestrian activity, it looks like things are rather straightforward. The people who invented this sport were riding their stick horses for fun and leisure, and it soon became a hobby that they wanted to share with the entire world. Hobby Horsing is riding a toy horse as a hobby.

It’s not as serious as owning and caring for an actual horse, but it’s still something you can dedicate a large portion of your time to.

How much does a hobby horse cost?

Hobby horses or stick horses for children cost anywhere between $40 and $150 on average, but stick horses to be used in competitions can end up costing as much as $1000 or even more. The price is dictated by how good the hobby horse looks, but also by the materials used in its construction. The size of the toy plays a big part as well, including the length of the stick.

Generally speaking, these are not the most expensive toys you can get your hands on, but you can still save a few bucks by making one yourself. You’ll find a complete guide below if you’re interested.

Can I make my own hobby horse?

Yes, you can, and it’s not even that hard to do if you have all the right materials. Keep in mind that your hobby horse will need to look presentable for the competition, so you’ll likely need to do a decent job. If you don’t want to spend money on a brand new one from the store, you can always buy a used one, or make one yourself. Obviously, creating your own hobby horse is the most difficult path, but it can also be the most rewarding since you’ll have a better bond with that stick horse.

Here’s what you need to create your own hobby horse:

How to make a hobby horse: 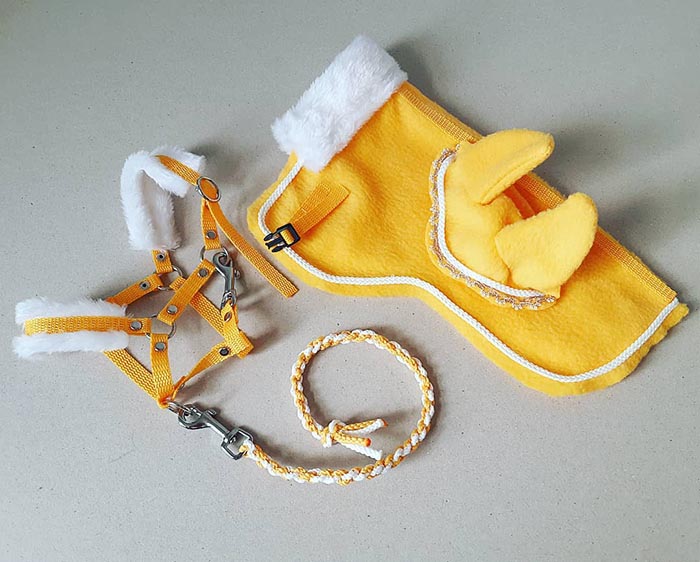 Now you know exactly what hobbyhorsing is, where it came from, and what we can expect from it in the future. If you would like to pursue this activity yourself in your spare time, you now have all the information you need to do so. If you have anything that you would like to share from your own experiences riding stick horses, don’t hesitate to get in touch!

All the images in this article were sourced from HOBU Hobby Horses – a handmade hobby horse maker in Estonia.